Located in the heart of Downtown Beirut, the Site for the new Beirut Marina extends the existing Corniche along the Seashore into a series of overlapping platforms. The Corniche is inflated to create an ‘urban beach’, with levels subtly articulated to provide outdoor spaces with public areas for artwork.

The concept takes shape from strata and layers in forking vectors. Like the ancient beach that was once the site, the planar lapping waves of the sea, inspires striated spaces in horizontal layers, as distinct from vertical objects. The horizontal and the planar become a geometric force shaping the new harbor spaces. The form allows a striated organization of public and private spaces which includes apartments, yacht club, public facilities, harbormaster, restaurants, and specialty stores.

The driving urban idea was to extend the linear public thread of the Corniche promenade into and on top of the town quay, along the arc, which is articulated with a series of stepping platforms, forming a fabricated landscape – a geometric reconstruction of the sea shore interrupted by natural elements of water and rocks that were once there.

This promenade then continues to the roof of the building as a large Ground that rises up and opens up to the sea.

The building reclaims the corniche on the horizon, seen from the roof for both the private residents and the public space.

Everybody now shares the Sea 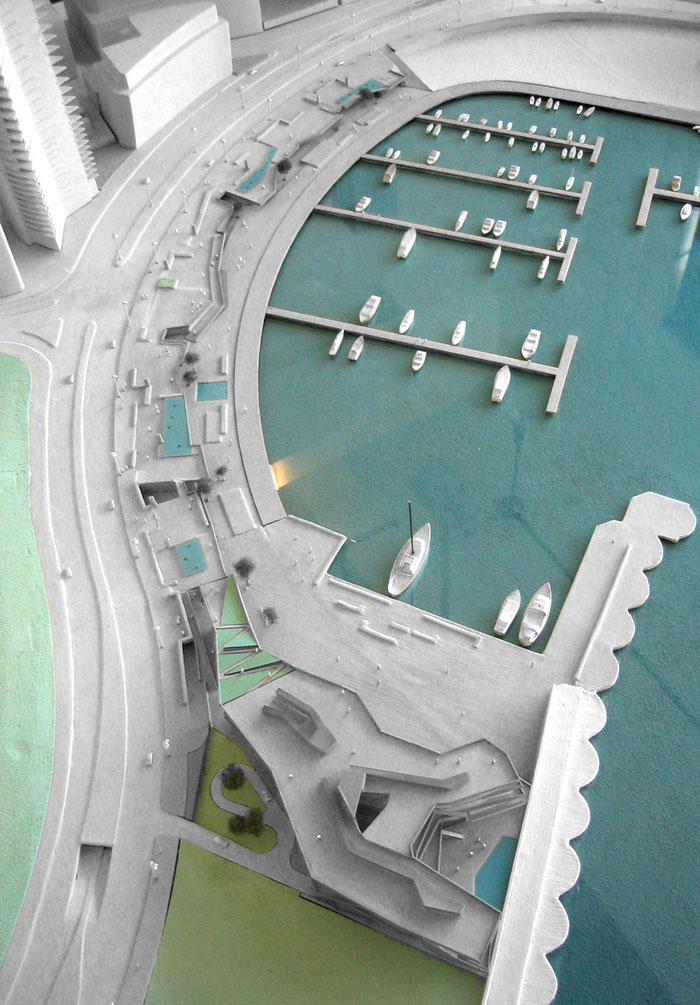 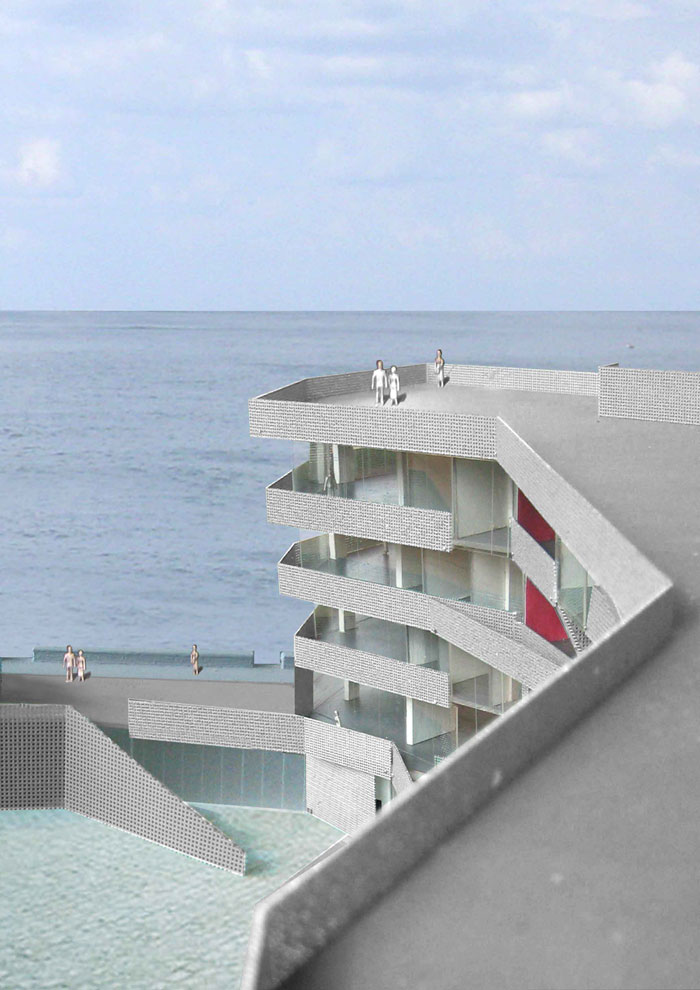 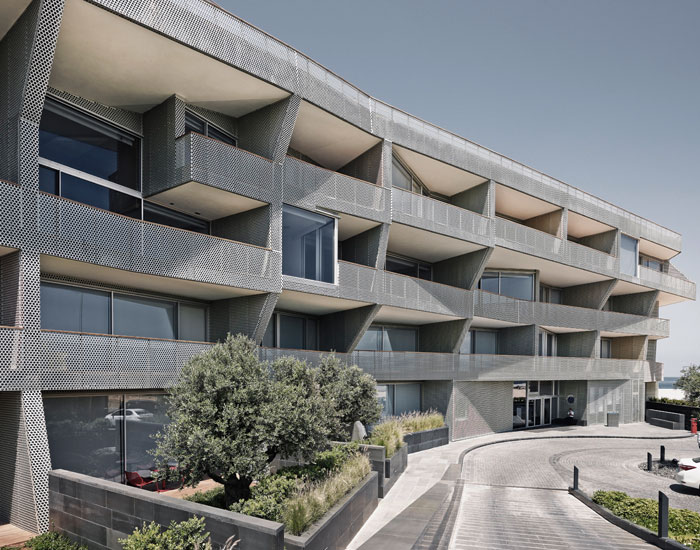 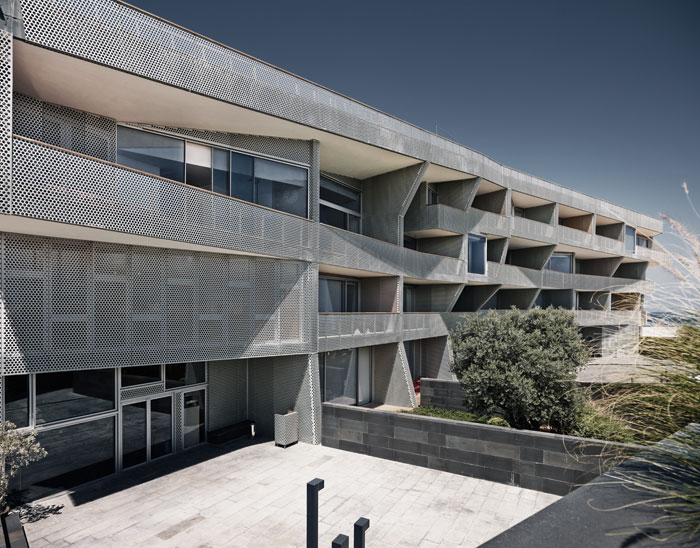 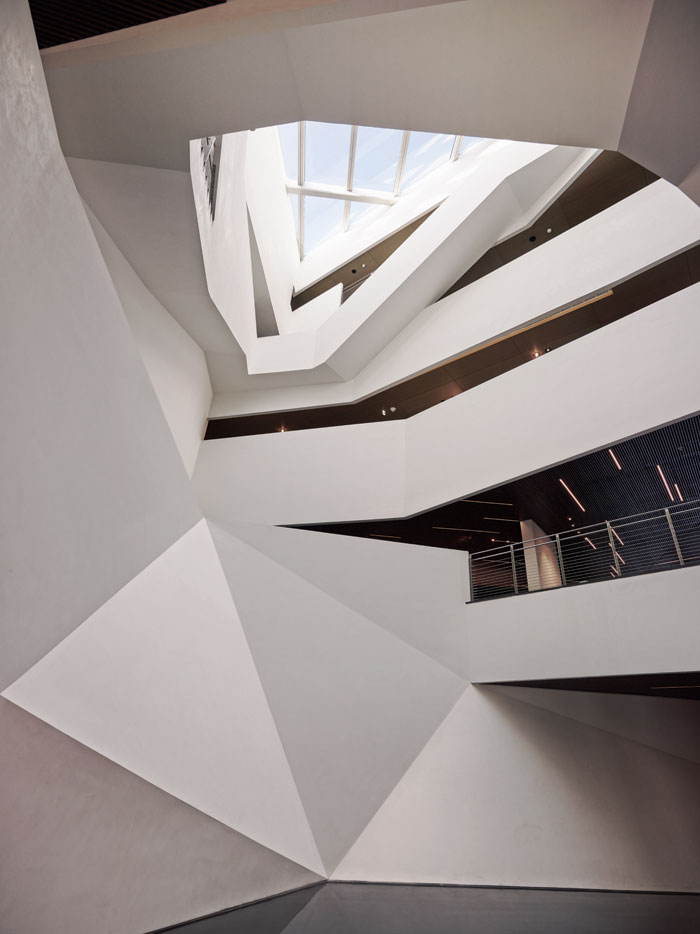