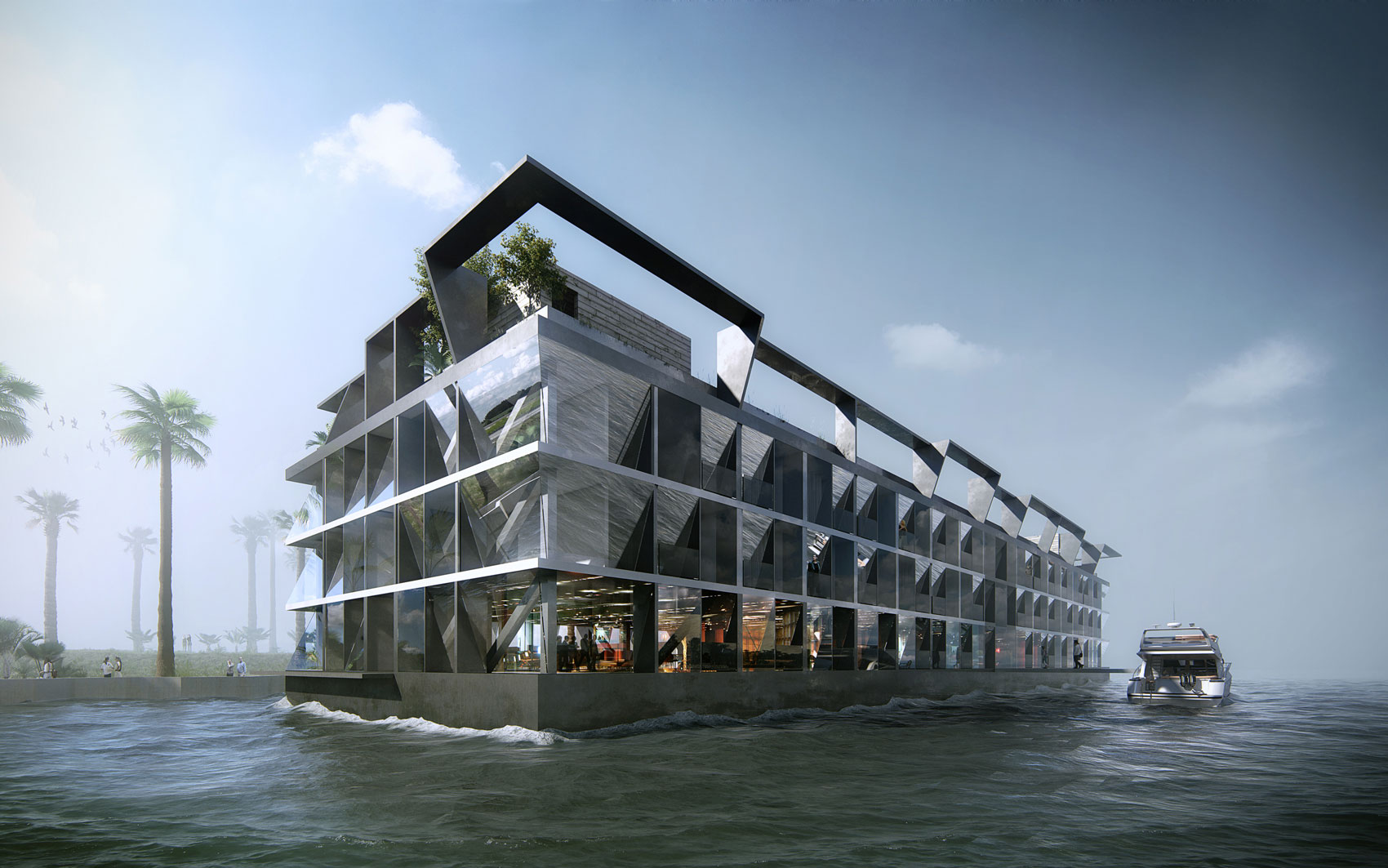 Located on the scenic Nile river in Cairo, the project consists of a floating hotel 74mx20m wide, with rooms facing the historic river. The strategic location is in close proximity to major high end hotels along the river banks, and enhances the touristic importance of the Zamalek neighborhood where it is situated.
Neighboring similar floating barges housing riverfront restaurants, the floating barge is the first to house a hotel, in addition to the amenities that include a roof pool, restaurants /bars and cafes as well as a gym and spa.
The design responds to the dual frontage of the hotel, facing on one side the Nile with its bustling sounds and sights of colorful boats passing by,  and the Zamalek neighborhood with the rich texture of the city on the other side. The facade, with its floor to ceiling glass panelization, responds to this dual condition of river/city by forming a viewing apparatus to capture the context. Along the Nile, the facade tilts down towards the river and straight towards the opposite river bank. From the other side, the facade tilts straight to the city and up to capture the sky. This duality is further accentuated with the use of both reflective and clear glass panels.

The boat is accessed via a flexible bridge from the shore, taking into consideration the tidal fluctuation. At the entry, a triple volume lobby facing the Nile directs the view of the visitors directly towards the river but also vertically up to the glass bottom of the roof pool, bringing reflected light throughout the lobby below.

On the interior of the rooms, each facade is divided equally into a vertical panel and a tilting panel. Towards the Nile, the tilting glass panels slide to create balconies overlooking the river and the moving boats, while a daybed overlooking the river faces the vertical glass panels. The interior finishes reflect the steel construction of the boat by exposing the different structural components from the corrugated Q deck to the structural truss.

The roof, with its infinity pool running parallel to the river, houses also an open air restaurant and lounge areas, in addition to private rental bungalows with their own private small gardens. 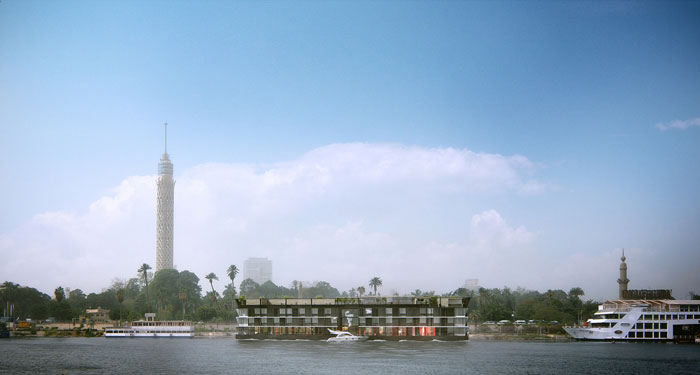 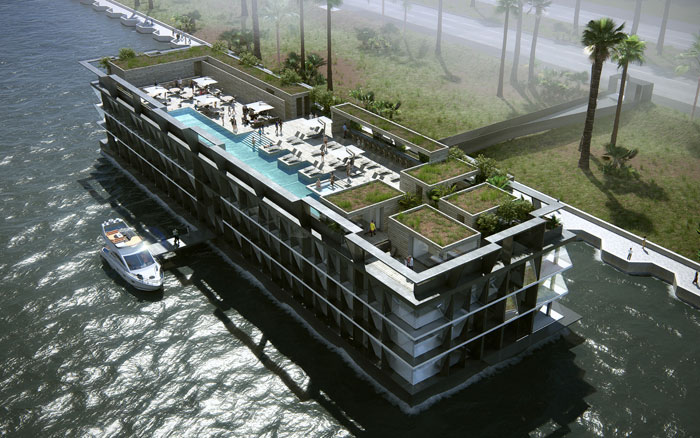 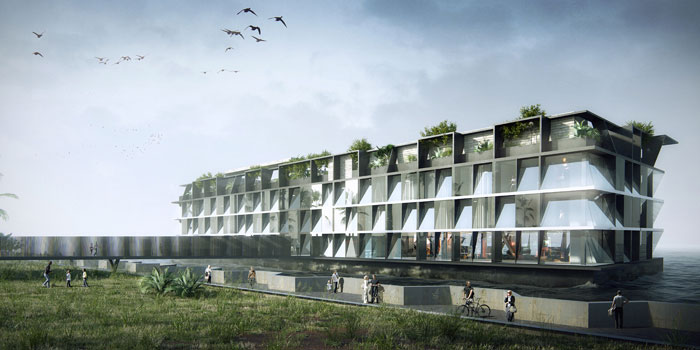