In lebanon, the mountain with its skiing slopes and the sea with its summer resorts are regional destinations. an urban myth constructed and inflated to promote the tourism industry suggests a season of climatic overlap, due to the proximity of the mountains to the littoral, where one can ski and swim within a half hour drive, “from the mountain to the sea” as the expression goes.

One-Door house is a hypothetical lebanese house that takes this urban myth and scales it down to the domestic space. it is also a spatial interpretation of lebanese culture references carried into architecture through an experiential operation rather than a mere metaphoric appropriation.

A Duchampian door taken to the power two, generates a space flattened to minimum connectivity. zapping occurs between two external quarters, parking/pool and two internal ones living/service. it produces a collapse between normative domestic notions of front yard/backyard, and front room/back room.

The design starts from this generic condition of the revolving door, interpreting its inherent spatiality, its in-door potential. as a pre-political objet trouvé, the door is imbued with cultural import, marked by a reading of lebanese expressions, spatial in nature yet linguistically paradoxical.

The house is formed by a three dimensional representation of both inside/inside and outside/outside conditions:

through internal stairs, ground floor divisions dissolve in the second floor hallway. it generates a wrapping space this time inflated with maximum connectivity into a hall, a (louise) bourgeois cell.

in parallel, from the parking one can use a lift to go up to the roof topographic garden, and back down through an inverted slide into the pool, compressing the lebanese urban myth of travel between ski resorts and swimming resorts and experiencing the house from ‘outside to outside’. 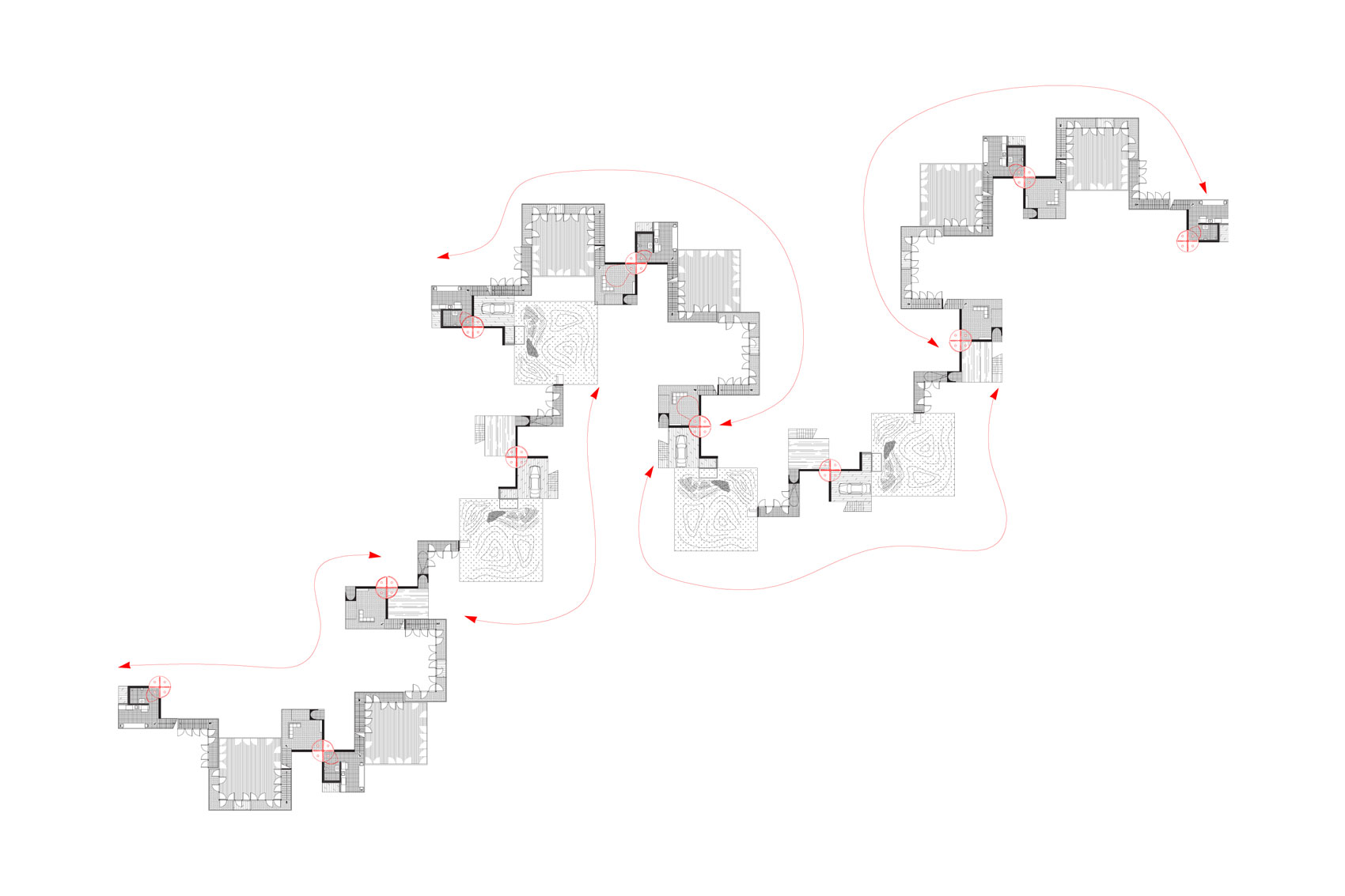